After a good wait and many rumors finally a Nintendo Direct happened on September 13. Many of us watched it hoping will get some news on this new Zelda game, this time developed to run just in one console, the Nintendo Switch. We know Breath of the Wild had to make some compromises to make sure you wouldn't miss on substantial differences no matter which version you decided to get.

It was nothing too long but there is some interesting details released here. For starters at least for now, we can feel tranquil that the game has been developing without any major hiccups, based on how the release date they gave us now (March 12th, 2023) aligns with the estimate they gave us (Spring 2023).

Secondly: The name of the game. We got an interesting name: Tears of the Kingdom.

Its possible implications are thought provoking. I'd love to hear your thoughts.

The appearance of the Master Sword in the logo. Complementing with the strange state we saw it on the trailer, this logo seems to imply that this aspect is not something that will be reversed during the game, and yet, it will still prove a useful and important item. Definitely intrigued if the "blade" will have a special use or purpose.

So what are your thoughts?

Are you happy with the name?

It's been a while since we got any official news about the upcoming sequel of Breath of the Wild. We went through the Nintendo Direct and the only new we got was Aonuma looking us in the eye to tell us that there wouldn't be any news about the game at this time. It's been a hard time dodging so many fake leaks and mountains made with any crumbs that outlets can get their hands on. This one though, straight from Nintendo's social networks.

According to their own translation, the released statement is the following:

We previously announced that we were aiming for a 2022 release for this game. However we decided to extend our development time a bit and change the release to Spring 2023. For those of you who have been looking forward to a release this year, we apologize.

As previously announced, the adventure in this sequel will take place not just on the ground as in the previous game, but also the skies above. However, the expanded world goes beyond that, and there will be even a wider variety of features you can enjoy, including new encounters and new gameplay elements.

In order to make this game's experience something special, the entire development team is continuing to wok diligently on this game, so please wait a while longer.

That's all for today's announcement. Thank you.

In addition, they showed up a small video clip of the how the game is looking. There was mostly nothing new except for two very important details. I can show them in just one image: 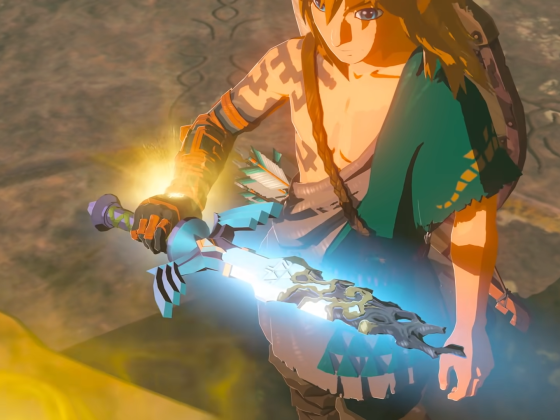 Finally, a shot with the front view of the character with the dark hand. we can clearly see the features corresponding with the same Link from Breath of the Wild. Other than his longer hair and change of clothes, it seems pretty much likely that this is the result of the experience exploring the underground area with Zelda in that reveal trailer.

Secondly, he is standing in front of a yellow source of energy and he unveils the Master Sword. We can clearly see that it is not in its normal state. We don't know if it's been nullified or if it serves another purpose at this time. Considering how much of the blade is missing is probably not good. Quests to restore the Master Sword are not new in the franchise.

So yeah, although brief, there's a lot of interesting stuff to discuss here.

What do you guys make of this picture?

How do you feel about it being delayed till Spring next year?

How does this trailer make you feel?

Once again, out of nowhere, we were hit with a surprising video announcement. We are shown some scenes in the style of Breath of the Wild. except that these were NOT about the sequel game that Nintendo is working on, it turned out to be showing events during the time that we only have gotten small glimpses about thanks to the unlocked memories 100 years ago. The game then could serve as a sequel of Breath of the Wild, the catch is that this is not a Zelda game, it is a crossover game, the second Hyrule Warriors game.

That being said, we are reassured that this game will tell us the events that we couldn't see in BotW and that this time Nintendo is working really closely with Koei Tecmo to make sure this game stays close to BotW. From the footage we can see we will be able to use the other champions and Zelda. 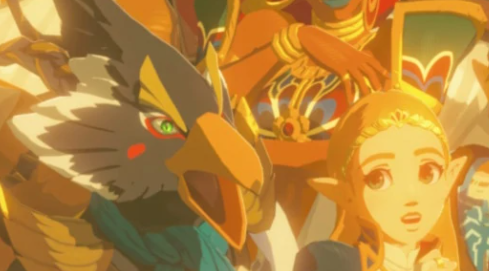 Screenshot from Breath of the Wild cutscene where we can see Revali and Zelda.

I've you have come across new articles where saying that the Spanish voice actors of Breath of the Wild confirmed that their recording sessions were finished, you have been misinformed. The truth is that we do not exactly what level of progress the work on the sequel for Breath of the Wild has right now.

It's been over a year since we had any news on the sequel so unfortunately any droplets of information gets scrutinized. A podcast by the name "Un café con Nintendo" (A coffee with Nintendo) published a few days ago an special episode "Invitamos a un café a las voces españolas de Zelda y Revali" where they brought in two voice actors that worked with the Spanish dubbing of Breath of the Wild. Nerea Alfonso (Zelda) and Marcel Navarro (Revali) talk about their experiences in a very informal chat full of jokes and light-hearted comments. Such is the format their episodes seem to be handled.

The episode takes a bit more than an hour and both actors explain about the secrecy that Nintendo has regarding their roles where they are isolated and not revealed any information, so many do their lines without having any context. As expected, when asked things regarding the work on the sequel they joke about not remembering if they have recorded or not, and resorting to "maybe, maybe no" kind of responses. It seems that many outlets in their race to be the firsts, picked up the podcast without regard for the actors, nor for learning the context and verifying the information so news sites in other languages such as French and English picked it right up with clickbait titles and gross assumptions out of them.

For example, Marcel Navarro was invited because he was the voice of Revali in the first game, and the podcast itself has nothing to do with the sequel. It is an informal fan made podcast that this episode happened to have been able to invite two voice actors from a game they enjoyed but some people are stretching the fact that he talks about dubbing as a sure indication that Revali will appear in the sequel.

In another common misconception taking the actors' comments out of context, articles were published announcing the voice actors had ensured that they have wrapped up dubbing the second part to which they confidently declared that the sequel was on its final stages of development. Through their twitter @cafeconnintendo, they released a note in Spanish and in English to the different media where they mention to be surprised by the way the interview was covered and that they don't share the "anything goes" approach.

The more time we go without official statements from Nintendo the more we are going to be at risk of rumors and interview comments being taken out of context. Really, the only thing we know is that the game is being worked on and there's no say if we'll see it this year or sometime after. What matters is that the game is being developed and hopefully we'll get to enjoy a non-rushed game of quality, whenever it gets released.

There were some issues with my current hosting plan on my server. I had to nerf the ZC account and start from scratch. I did a full backup and reuploaded all the files and ssl certificates. Everything should be just as it was, IF you run into any issues please let us know on the forums.

Due to information from a person named Emily Rogers (who has been known to leak Nintendo information that is fairly accurate). There is a rumor of two ports that are unannounced from the Wii U to be released on the Nintendo Switch this year. Speculation over which titles they can be are up for debate but fans of Zelda and myself included are hopeful that The Wind Waker and/or Twilight Princess will finally get its debut on the switch after getting an outstanding HD remaster on the undersold, and underappreciated Wii U console. The Wii U has sold poorly during its lifespan only selling a total of 13.5 million units. Though it had alot of great games, many of which have made their way to the Nintendo Switch all but a select few. There are plenty of people that never had the chance to pick up the HD remasters of these two Zelda games due to not owning a Wii U console. Doubtless alot of people would buy it (Twilight Princess) a second, or a third, or if you are like me....a fourth time just so they can own it on the modern generation of hardware. 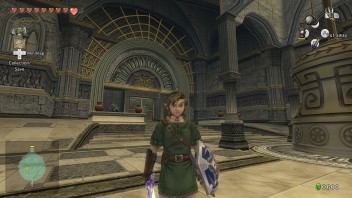 Please Nintendo hear your fans out, release the game we all love and want, The Wind Waker. 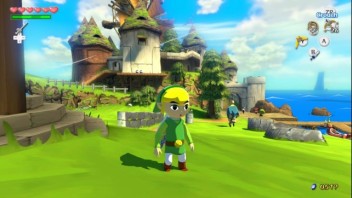 
ZeldaCavern.net is not affiliated with Nintendo®. Copyright © 2000-2023, Northfire Ltd, All Rights Reserved.